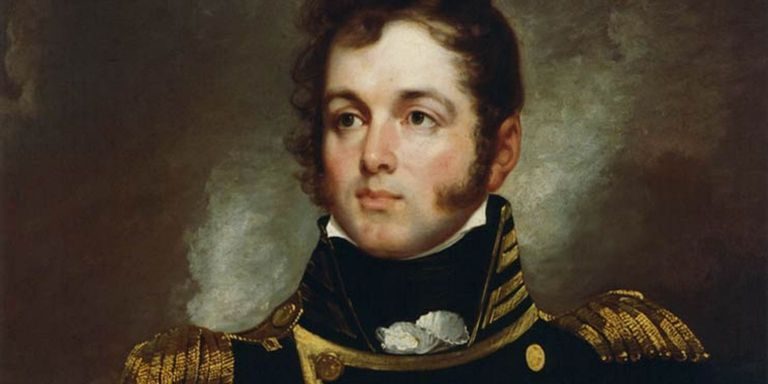 People like to spell Put-in-Bay many different ways. We’re not sure what it is about the islands name that’s so hard to get but we sure do get a kick out of seeing some of the different variations! Whether it’s simple typo’s or conspiracy’s about Russian involvement, we’re sure you’ll love to hear them too!

By far the least egregious of misspellings on the list, “Put in Bay” is extremely common and widely accepted by most people who know the Lake Erie island but it’s still technically wrong. The reason the hyphens were added is very boring so if you don’t care read the next headline for a little more fun. If you still want to know, here it is. After asking an English teacher it turns out that since “Put-in” doesn’t need hyphens as a phrase, it’s more proper English to add hyphens to both words to connect it as a whole.

In mid 2000, during the infant stages of his presidency, it’s said that Vladimir Putin himself became rather obsessed with Perry’s Victory and International Peace Memorial and sought to obtain the great monument for himself by any means necessary. He sent his offer of $500 Million USD to then President Bill Clinton who of course declined. After more negotiations he realized Bill wouldn’t budge, and Vladimir finally sent word that if he didn’t accept his offer he would just have to take it in the name of mother Russia!! Fearing the worst, Mr. Clinton decided to act, and many call it the deal of the century.

For many years it’s been pondered why Russia would give up Alaska for only $109 M, and for years it’s been said it was because Russia believed it to be inhabitable. Today, you will finally learn the truth. President Clinton knew how important Perry’s monument was to the American people, and sensing Putin’s impatience, he quickly came up with a deal. Russia would gift The United States with the rights to Alaska for a massive discount, and in return the formerly known “South Bass Island” would be referred to as “Putin Bay”, forever connecting the Russian President’s name with the great monument. Years later, due to backlash from island residents, the name was hyphenated to distance itself from the Russian connection and luckily Vladimir had become interested in other things by that time.

Now, obviously this is completely untrue and Russia has never interfered with our great island, and Alaska was actually purchased in 1867 for $7.2 Million by Secretary of State William H. Seward, and the purchase was originally laughed at and referred to as “Sewards Folley.” But, after the discovery of major oil reserves it ended up generating billions. Plus, that story just isn’t as fun.

Typically just the cause of trying to type “Put in Bay” too fast, this can actually be what people think the correct spelling is like it’s “Swings N’ Things” or something. Some common searches related this are “Put n Bay golf carts,” “Put n Bay lodging,” and “Put N’ Bay upcoming events” to name a few.

The bottom line is no matter how you spell it, Put-in-Bay is the greatest a personal getaway, family fun, amazing nightlife, jet ski rentals, or just to come hang out for the day. You can get to Put-in-Bay, Ohio on the Miller Ferry from Catawba, or the Jet Express from Sandusky and Port Clinton. Whichever way you get here you’ll be sure to find golf cart rentals close by to get you to all the Put-in-Bay attractions and bay restaurants you came to enjoy.

PIB should be your first choice in vacation destinations and has endless rental homes and other lodging to choose from so you know you’ll find the best fit. Whether it’s family friendly fun at Perry’s cave, or downtown put-in-bay nightlife partying, Put-in-Bay island has everything you could ever need.