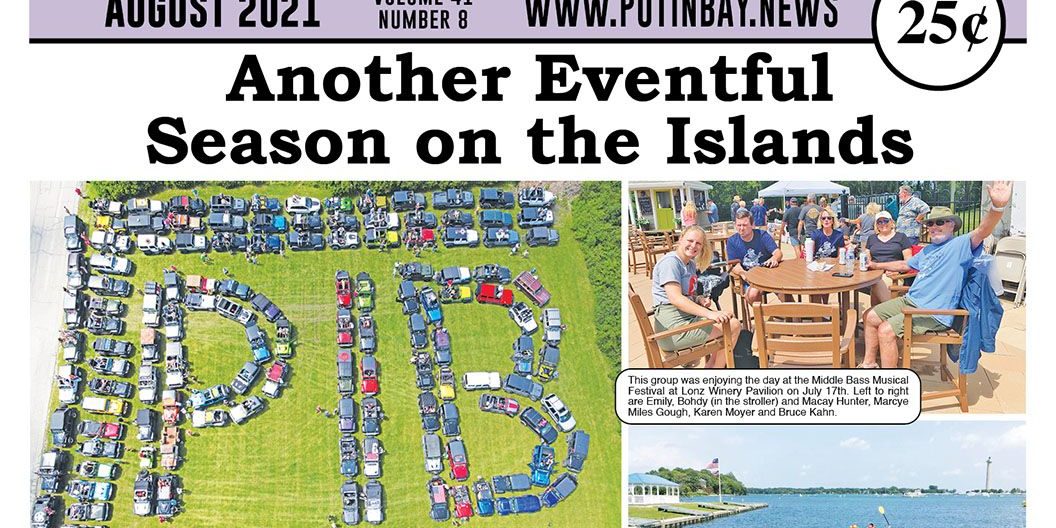 putinbay.com is proud to present the Put-in-Bay Gazette’s Island Diary. For the best South Bass Island journalism, visit putinbay.news and subscribe to the Gazette today!

News, Views and Comments from a South Bass Cottager…

This month, Listen to Larry spent too much time sitting and staring at the lake, golfing, and standing by the grill and nearly missed the deadline for his article in this month’s edition of the Gazette. So, we are stepping in as ghostwriters.

Here are 10 things we would like to share that you probably don’t know about Listen to Larry and his family.

9- If you think Listen to Larry has picked up his pace while riding his bike down the shaded West Shore, past the grape vines and through town to the Monument, keep in mind, Listen to Larry isn’t actually making that bike move… it’s electric!

8- Listen to Larry may keep his descriptive, sometimes fantasy articles to four or five paragraphs, but when he tells a story at the dinner table or makes a toast, it lasts for four to five hours.

7- Although Listen to Larry thinks we all enjoy spending time washing dishes in the unique dishwasher-less cottage kitchen, we don’t, but we do enjoy doing it together and spending time with him.

6- He doesn’t just sit in the old green chair under the large oak trees by the lake all day. He also sits on his red stool in the garage, a green chair on the sea wall, and a wicker chair on the porch by the West Shore.

4- Listen to Larry wouldn’t have changed a thing from the original cottage he and Mrs. Larry purchased 28 years ago as he is content watching the old cottage age gracefully.

3- Many people would throw scraps of lumber away, but Listen to Larry took the pieces of his original, hand-made, shockingly narrow shed to his mainland home and created a ‘mini cottage’ in his backyard that he stares at longingly all winter.

2- We don’t actually listen to Larry…

1- Listen to Larry listens to us! Whether it’s a ‘to-do’ on Mrs. Larry’s never ending to-do list (which has been the same list of incomplete tasks for years), a grandchild’s request for ribs or lamb bones even though he was thinking of grilling something else, a grandchild’s request to jump in the lake, ride in the Kawasaki, blow up huge water toys, go to the rock beach, find sea glass, play a game, fish, or take a bike ride, or a grown child’s request to bring a lounge chair closer to the lake, take their turn washing the dishes, or take the ferry off island and drive to retrieve his grandchild’s forgotten retainer… Listen to Larry is always listening!