2018 Bash on the Bay With Rascal Flatts 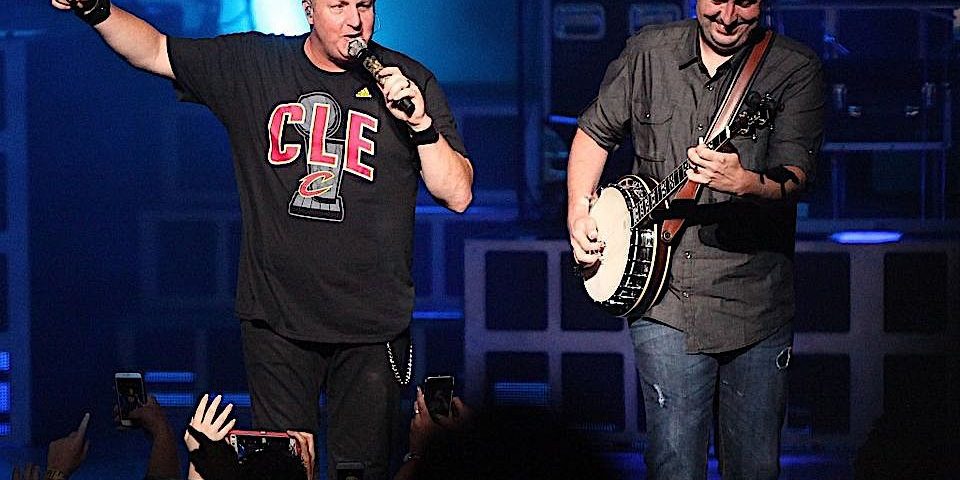 Rascal Flatts headlined the 2nd annual Bash on the Bay music festival. Roughly 10,000 people flocked to the Put-In-Bay airport to enjoy live entertainment from music’s very best. The Rascal Flatts memorized concert-goers with hit songs like “Yours If You Want It” and “What Hurts the Most”. Put-In-Bay was packed and island businesses called it a “record setting event” that allowed for people to reconnect with Ohio’s best tourist destination. At the time, Put-In-Bay had the capacity to host 7,500 people over night between its various hotel and lodging partners which meant the Miller Ferry and Jet Express had to run later into the night to accommodate the transportation of all the people form the Bash on the Bay. Right after the concert finished, it was announced that Kid Rock would be headlining the 2020 Bash on the Bay!

The Rascal Flatts were formed right around the corner in Columbus, Ohio in the year of 1999. Gary LeVox is the lead singer, Jay DeMarcus on bass guitar and Joe Don Rooney plays the guitar and banjo. The Band has been known as one the best for genres like country, country pop and country rock.

(1) Keith Urban is a citizen of three countries: New Zealand, Australia and the United States. (2) Garth Brooks’ career began with a short time in baseball, when he signed with the San Diego Padres for spring training in 1998 and 1999; the New York Mets in 2000; the Kansas City Royals in 2004; and in 2019, Brooks made a return to spring training, joining the Pittsburgh Pirates to promote his charity. (3) Blake Shelton took the stage with Miranda Lambert at Super Bowl XLVI in February 2012 to open the event by singing a duet version of “America the Beautiful”. (4) Brad Paisley is a lifelong fan of the Cleveland Browns and he is also a Freemason.

Thank you for reading and we hope to see you at 2020’s Bash on the Bay! For any hotels and lodging inquiries visit Put-in-Bay Reservations or call our office directly at 216-898-9951.